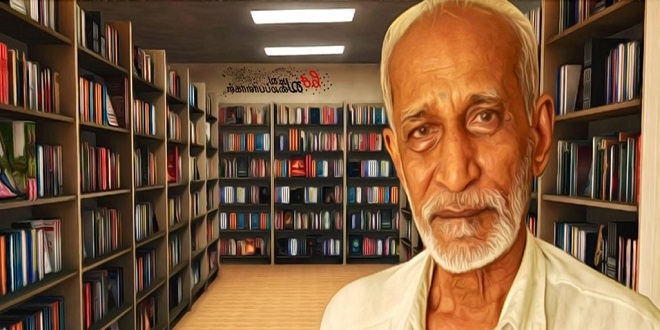 Post Date : 16 Feb 2020 // Know Ur Living Legends >> Truly the RICHEST man on Earth, Mr Paalvannan Kalyanasundaram >> a noble human being (from our own Chennai) has given away “ALL” he earned since the age of 14; even gave away his pension fund and the 3️⃣0️⃣Cr he was awarded for his contribution to society.

His NGO is aptly called “Paalam” – The Bridge ( He helps in finding ways to help as many… ) >> 8️⃣0️⃣ year young & going strong >> was honored by the likes of Superstar 💫Rajinikanth & 🎼MS Subbulakshmi. He was indeed adopted by SperStar Rajanikanth.

Few highlights from his life :

He was motivated and inspired by his mother to help the poor and needy.

During the India China war of 1963, he was moved by the public request on radio by Prime Minister Jawaharlal Nehru and gave away his  Gold chain weighing 65 grams to Mr Kamaraj, the Chief Minister of Tamil Nadu. Mr Kamaraj was so moved by this gesture that he announced him as a national treasure and blessed him to have a great future.

He remained a bachelor so that he could ensure all his earnings & savings go to child care.

Acted in the role of a librarian for 30 years. He is a gold medalist in library science and also holds masters in literature and history

He is among the first person in the world to have donated his entire salary to the needy. Worked as a waiter in a hotel in a deal of 2 meals a day and some salary so can support more kids

He also donated his monthly pension to the needy orphans.

“Don’t bother about how you speak. Strive to make others speak good about you.” He had found his calling: child welfare.” These words were used by the great writer Thamizhvaanan to bring Kalyanasundaram out of the discouragement of his feminist voice; something that bothered him to the point of considering suicide.

Let’s celebrate the values he lived by…👍DO make a difference in your own way…YES !! You CAN…Cheers !!